Xiaomi had a goal in mind with the release of the new Mi A2 Lite. That goal was simple, to reach new markets beyond those that are classified as its official focus, but it also meant retiring the MIUI. Xiaomi first entered the market with an android one smartphone, and as they work to replace it, they will be replacing it with two new models. 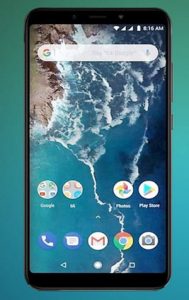 One of those is the Xiaomi Mi A2 Lite, and the other is the Mi A2. The Mi A2 Lite is perfect for those on a budget but want to have a high-quality smartphone that operates with the vanilla Android OS operating system, which is the latest offered. It includes a high-resolution screen and a dual-camera, and its notched screen is one of its best features and gives it a modern appearance. The Mi A2 Lite also includes the Snapdragon 625, and while it may be somewhat dated, it is still a powerful chipset and very capable hardware that is suitable for the cost conscious consumer.

When looking at its specs, there is plenty to get excited about. This includes the use of an aluminium body and plastic strips on the back of the phone that act as its antenna. Its display is 5.84” in size and its 1,080 x 2,280px resolution is more than enough to offer clear and high-def images.

While its overall design was put together to maintain a lower cost, those features that are included are well thought out. The main drawback, especially for those wanting the latest and most significant is the Snapdragon 625 as this is two-year-old technology. However, for many, this is not overtly relevant and not a determining factor when purchasing a new device, so it really not an issue to be concerned about.

What is important to know is that the Xiaomi Mi A2 Lite was initially released in China, and for many in other parts of the world, the Xiaomi name is one not known. However, they should not deter you from choosing it or investigating if this is the right and affordable smartphone for you. The Redmi 6 Pro was Xiaomi’s first release, and the company clearly focused on the Chinese market. The Xiaomi Mi A2 on the other hand, for those with little knowledge of this company, has Google backing it and will be released worldwide, and that is a substantial achievement for a relatively new player in a packed market.