There was a major shift that took place for LG and their V series in 2017. Unlike the V20 and V10 that experimented with removable batteries, secondary ticker displays, and metal designs, the V30 managed to introduce incredibly slim bezels, a slick glass back, and an LG made pOLED screen. We are anticipating that the new V40 will share loads of similarities with the V30 as well as the LG V35 that was recently announced this year. So, without further delay, let’s look at everything we could find surrounding the latest V40 from LG.

After months of patiently waiting for news on the LG V40, we finally had a look at the brand-new release. The V40 seems to retain plenty of the V35 and V30 design specifications while still offering a host of new updates. The metal frame and glass back are staples from the previous two V handsets along with the fingerprint sensor mounted on the rear. There’s a massive display in front that will likely utilise an OLED panel. The V40 also comes equipped with a notch at the top where you’ll find two front-facing cameras along with an earpiece for all your phone calls. 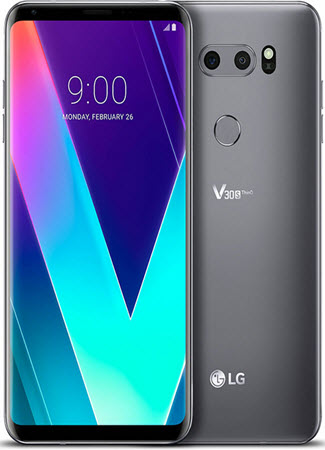 The LG V40 also looks like the first phone from LG to come with three cameras mounted on the back. Huawei previously produced a phone with three cameras, so it will be rather interesting to see how LG is going to implement this. The V40 has a USB-C port, a 3.4mm headphone jack, and a third button which will likely open Google Assistant. The V40’s lock screen suggests November 16 as the release date, but it doesn’t add up to earlier rumours that the phone will be available on 5 October. We would much rather see the release of the new LG V40 in October as opposed to mid-November.

Expected Specs on the V40

Even though there’s not a lot of talk about the specs for the V40, it doesn’t stop us from making a few assumptions. You are likely to find a Qualcomm Snapdragon 845 processor at the heart of the new V40. This is certainly the top choice for most flagship phones in 2018. Something else that the V40 will boast with is an OLED display. Earlier this year, LG confirmed that it reserves the OLED panels for all V series entries. So, unless there’s a drastic change, you can expect to find an OLED screen on the V40 as well.

How much will the new V40 cost?

Although we quite sure when the V40 will be released, we, not 100% sure on the price tag. There are very few details on this, but to help make an educated guess, we looked at the price tags for the previous two V entries, the LG V30 at $800 and the LG V35 at $900. As you can see, the V series has steadily increased in pricing and therefore it is safe to assume that the LG V40 will possibly be around $900 or even exceed the $1000 threshold.